Harpsichordist Elizabeth Ganiatsos, Artistic Director of Thunder Bay’s Consortium Aurora Borealis since its founding in 1979, is a native of Toronto, holds an Honour B.A. in Music History from U of Toronto, and an A.M. from Harvard, where she also completed Ph.D. coursework in Musicology. Throughout her academic career she received numerous awards and scholarships, and was named a Woodrow Wilson Fellow in 1970.

She has performed in early music groups, chamber ensembles, and orchestras in Toronto, Boston, Thunder Bay, and Waterloo, concentrating on harpsichord, organ, viola, and mediaeval and Renaissance instruments. She taught strings in the schools, lectured on Mediaeval, Renaissance and Baroque music history at Lakehead University, and played viola in the TBSO for 24 years. She studied harpsichord under Eric Lussier, with whom she gave several duo performances of Bach double concertos.

Elizabeth delights in researching and assembling historically-themed concert programmes, and enjoys her frequent collaborations with virtuoso violinist Jeremy Bell. Venice, Italy is the city of her dreams, where she has performed early Venetian music on several historic 18th-century organs, including in concert with Jeremy Bell. Elizabeth has worked under the guidance of the organist of the Basilica of San Marco, Roberto Micconi, whose 2003 month-long Canadian concert tour she organized. She was the recipient of a City of Thunder Bay Cultural Achievement Award. In 2012 she was elected to receive the Queen Elizabeth II Diamond Jubilee Medal in her home riding in Toronto, in recognition of her contribution to Thunder Bay’s cultural life. 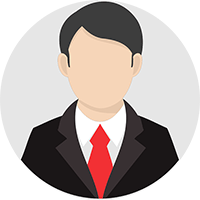